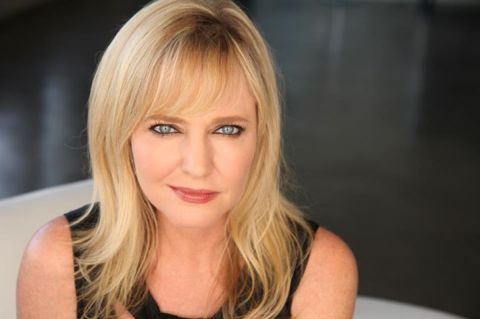 
Hi Lisa,Thank you for taking the time for us to do this interview.

Did you always want to be an actress?You played the Alice in Nightmare 4 & 5 . What experience was it for you?

LOL! No, I did not dream of being an actress ever actually. I was shy and book smart. I looking at the medical field for my career

I did my first play in high school, a small part. MASH, the part of Ms. Randazzle, a secretary. The scene was played on the proscenium, in front of the closed curtain. My role was more sexy/comedic relief as the next big scenes were getting prepared behind the curtain, back stage. I am walking in my strappy high heels, pencil skirt and red lipstick and all of the sudden my foot goes down into a foot light. A foot light that wasn't locked. Are you familiar with live stages? Anyway, my foot is stuck, the strappy sandal is hanging off my ankle in the depths of the foot light, my secretary notepad and pen have scattered and I'm doing my best to keep my privates covered! I'm a tangled mess. Center stage of course. The other actor in the scene, sitting at a desk, my "boss" begins to improve..."Had a little too much to drink Ms. Randazzle?" 400 people are watching this play and the laughs begin. Finally, back stage realizes there is a "crisis" and Hawkeye character pokes his head from the curtain, dead center of course and helps me maneuver my foot and sandal out of the foot lights very hungry mouth. I am limping with one sandal and mange to sit on the bosses desk and proceed with the scene. That was my introduction to acting! This was in Missouri. Later, my family moved to California. I was 16 years old now. My guy friend had an audition for a play, Landford Wilson's, Hot'L Baltimore" at Buddy Ebsen's theatre. I went with him for fun...we were going to grab some dinner. I'm sitting there in the theatre watching the auditions and the producer, Jane Nigh, approached me 3 times asking me to audition. I was like...ohhh, no, no,no..I'm here with my friend, I am not actress. She was very persuasive, I auditioned and landed the lead role of "Girl." Joan McGills was the director, Kelly McGill's mother. I had over 700 lines, 7 monologues. Joan taught me so much as did Jane Nigh and I learned I loved acting. Became my passion.

What do you still remember about the shoot?

I remember everyday of that shoot

Nightmare 5 too. A couple weeks ago I saw NM 4 on FILM at Quentine Tarantino's art house theater on Beverly Blvd. It was their 25 year anniversary and they chose Nightmare 4, The Dream Master to play that weekend - the midnight screening. Such an honor! Several cast members came and we did a Q&A. The film sold out - the first time a horror film sold out at their theatre. So cool. As I watched the film..it was like yesterday.
Fun things I also remember - Lot's of Alice doubles running around. One day there were 5. Have you ever seen 5 of you running about in the same wardrobe and hair style/wig? Kinda wild! Boy do I thank them and the stunts they did! We even had real Olympiads! I remember the spider Tarantula day, the Nun days with all the crazies,lots of time in the hair chair as my virgin blonde hair was dyed brown/red everyday. Chatting with Robert, bonding with cast and to this day Toy Newkirk, Brooke Theiss, Rodney Eastman, Tuesday Knight, Ken Sagos - we are all good friends and see each other regularly. 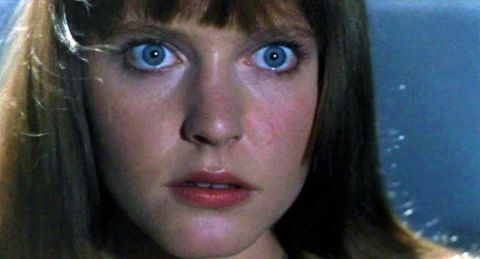 How did your life change after this two movies?

Well, it is only years later to realize the impact. The Nightmare film series made an impact. I get big smiles knowing that we are significant part of pop culture all over the world. It is such a pleasure to meet a 3rd generation of viewers. Oh my gosh. I had no idea that when I did these films. I am so pleased and proud of our accomplishment and impact

Did you already see the new Nightmare Remake and how do you like it?

I did see the remake...I'm surprised they didn't use more special effects that available now and not available 25 years ago. I love actor Jackie Earl Haley. It's just that, there is no one who can replace Robert Englund playing Freddy.

What do you say about Freddy vs. Jason?

At present many films get a Remake. What do you say about Remakes and what do you prefer? Original or Remake? 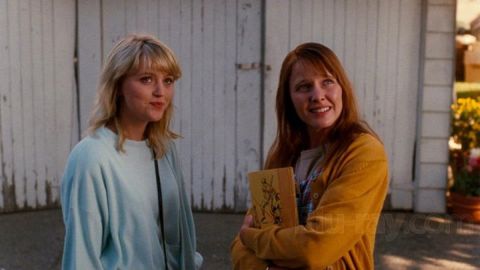 You played also in some TV series. Which role was for you the best and why?

Yuta is on the The Next Gen Monopoly board as a property. The assassin...
Walker Texas Ranger/ Amazing Grace - played a nun, a beautiful, sad story.
Chicago Hope - black and white episode - parody/ode to Alfred Hitchcock. Awesome role and story.

Do you watch Horror Movies and do you like them?

I love horror films - have enjoyed the SAW films and everything back to Frankenstein.

What are your favorite movies?

Favorites: Carrie and Rosemary's Baby. Everyday, we face something horrific, do we not? A horror film penetrates the depths of that horror.

Is it true, that you have a jewelry Shop together with Tuesday Knight?

Toe Brights closed a few years ago but we had a great 9 years! We weren't a shop...we sold wholesale to stores. Jewelry we designed. Going from a home business and growing to international proportions was an amazing experience. Seriously, from local shops to chains - like Nordstrom, drug stores, boutiques all across the US and then to the UK and Japan plus shopping channel in Japan. 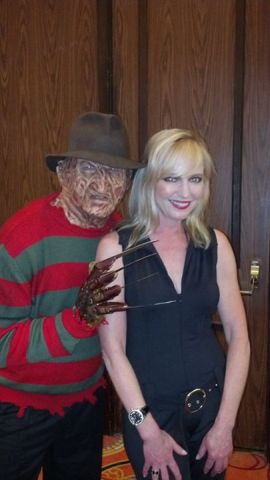 How does it feel when you see yourself in foreign versions and talk in a different language?

When I've seen myself talking in another language it so fun! Again, so grateful that Nightmare on Elm Street is prolific. Do I dare say that? The other thing I say to myself is I'd like to learn that language!

How important for you is the contact with the fans?

Very important! Enjoy every moment of it. Love doing the conventions and meeting in person. I am so happy that the role of shy Alice made an impact

Wish I had more hours in the day to connect more as on Facebook, etc.

What can we expect in the future from you?

Still doing roles here and there. I work a full time job and spent the last many years raising my boys. Coming up and completed filming:
Imago
The Church
Clinger


Thank you very much for your answers. 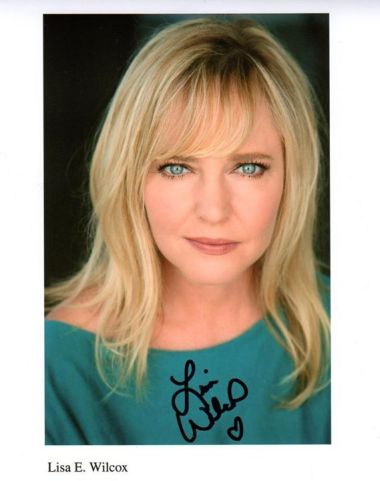